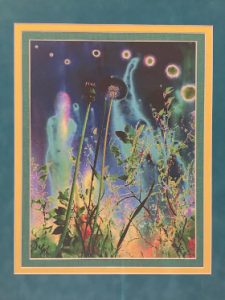 Humans that did not cross over after their death are spirits called “Suffering Beings“. They chose to stay on in our middle world, the earth plane, for numerous reasons. They died suddenly, were attached to family, a loved one and / or their property, they were not worthy due to bad things they had done in their life, the fear of hell, family beliefs, we’re confused, families refused to let them go, they were fogged with alcohol or drugs or by fear. This is where compassionate spirit releasing work comes in.

These Suffering Beings become earthbound. They are searching for energy and a body of the living. When they find a human whose purpose aligns with what they are looking for, they will attach with that person’s nervous system. Being in an altered state like depression, using drugs or alcohol, after an accident or surgery can weaken the body so an attachment is easier for the suffering being. Suffering Beings drain the human’s energy and they can change the person’s behavior mimicking their own traits.

A Case of Compassionate Spirit Releasing

I once worked with the woman who would begin swearing like a drunken Irishman at her work who had attached to her. The words were in an Irish accent. She craved drinking alcohol when she rarely drank it. These beings reside in the lower back, shoulders and neck creating pain that you previously did not have.

My goal with Compassionate Spirit Releasing, as the practitioner, is to remove these suffering beings with assistance of my Spirit guides and Angels to cross them over to the Light. I have several different techniques I can use depending upon the specific client’s circumstances.